What Is Tui Na?

Tui Na is an ancient Chinese form of massage and branch of Traditional Chinese Medicine (TCM). Recent archaeological studies have shown that as early as the late period of the New Stone Age circa 2700 BC the Chinese in Yellow River valley had much knowledge of massage gradually accumulated from their forefathers in their struggle for life and fight against nature.

Originating from instinctive self defence it is said that spontaneously this knowledge of massage became medical behaviour – a medical mode for the early human race. It was recorded on excavated oracle inscriptions on bones and tortoise shells of the Shang Dynasty that the lady witch doctor Bi could treat patients with massage testifying to the fact that massage techniques of the time had already reached quite a high level.

The simple materialist theory of Yin and Yang emerged shaking up idealistic religious concepts thus propelling the witch doctors of the old days into gradually becoming doctors among the people with practical medical skills. The prevalent energy of the time then promoted the development of ancient medicine.

Medical terminology described treatment with hand pressing, kneading and stroking and then called it “massage”. The stretching of limbs or having a patient flex and extend their hands and feet in prone or supine position in combination with hand pressing etc. resulted in the term “stepping and rubbing” then called Anmo in Chinese (press rubbing) and later known as Tui Na.

How does Tui Na Work?

Tui Na medical massage uses finger pressure, stretching and leverage to stimulate the meridians and acupuncture points. The treatment focuses on areas of pain or discomfort and may be used in conjunction with acupuncture. One way it works is by altering the inner energy state of the relevant system thus in Tui Na we can alter the inner energy state of a system in order to restore physiological function of the system.

As for example in the case of frozen shoulder, first the inner energy of the related muscles must be adjusted through certain massage techniques to relieve the muscles in spasm which will enable the movement of the joint. If spasmodic muscles are not relieved the joint will remain stuck.

Tui Na techniques improve the inner energy of the system and promote the circulation of qi and blood which can speed up the healing process.

What Is Tui Na Good For?

Tui Na is an effective treatment for muscular – skeletal problems such as lower back pain and frozen shoulder.

It can also be very effective for many other conditions such as insomnia and digestive problems and some forms of headache. 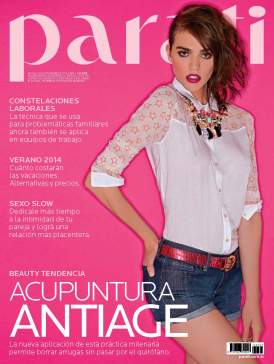 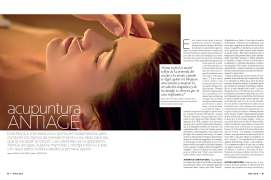 "Thank you for your kind help and recommendations. My neck is feeling much better, thanks to your acupuncture skills. I am very glad and grateful to have been introduced to these techniques by you"   Linda

"Thank you so much for all the wonderful treatments. You are so generous, caring and loving! Your treatments are truly "magical". I always come away feeling positive, aligned and full of energy."   Joanna